Skip to content
(Gt. Barrington, MA—May 3, 2015) West New York’s Ambar Grullon, a sophomore at High Tech, has been accepted into the prestigious Young Writers Workshop at Bard College at Simon’s Rock, announced Dr. Joseph Giammarella, Principal of High Tech.
Grullon’s application to the Young Writers Workshop arrived in time to meet the deadline of April 27th.  A sizable number of applications had arrived at Bard College, precipitating a number of qualified students placed on the wait list.  Among the applications on file, however, Grullon’s appeared to be the strongest, according to Jamie Hutchinson, Director of the Young Writers Workshop.
“[Grullon’s] personal narrative was well written and [her] teachers’ recommendation letters were glowing,” says Hutchinson.  Grullon submitted a writing sample that presented “a thoughtful account of looking for a speech to present in [her] seventh grade Forensics class,” Hutchinson adds.  “Overall, we were impressed with the personal insight, emotional honesty, and verbal clarity of the writing—things we value in the workshop.”
Simon’s Rock began offering three-week writing workshops for high school students in the summer of 1983.  Now part of the National Writing and Thinking Network, the largest consortium of summer writing programs in the country, Simon’s Rock selects eighty-four academically-motivated students to participate in the program. Unlike conventional workshops in expository and creative writing, Simon’s Rock focuses on informal, playful, expressive writing as a way to strengthen skills of language and thinking.  From these informal writing activities and techniques of peer response, students develop polished personal narratives, stories, poems, and exploratory essays.
The workshop sections, each consisting of twelves students, allow for individual attention and help to foster a supportive learning community in which all can feel comfortable exploring new directions in their writing and thinking.  Each weekday consists of three ninety-minute sessions organized as writing and discussion seminars.  Workshop leaders write with their students, with frequent sharing of informal writing, both in small groups and in the class as a whole.  Texts also frequently serve as starting points and models for students’ creative writing exercises.  Evening activities complement this experience as well, and each week, students develop portfolios of “works in progress,” meeting individually with their workshop leaders to discuss their writings. 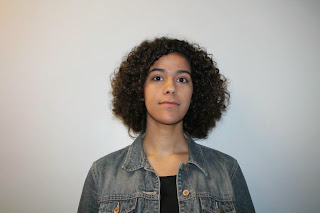