The TV Production students, David Mansour of Bayonne, Hoboken resident Colm Donston, Makayla Blount of Jersey City, and Secaucus resident Alana Aninipot, participated in the Television (Video) Production competition, whereby they wrote, filmed, and edited a 30 second advertisement for SkillsUSA aimed toward the 8th grade and freshman demographic. The students worked in pairs to create their SkillsUSA ad over the span of four hours.
The awards ceremony honored winners for over 40 competitions held that day.
Aninipot and Blount won the Gold in the Video Production competition.  Last year, they nabbed the Bronze Medal in the same competition.  Newcomers Donston and Mansour earned the Bronze as well this year in the very same competition.
“I’m glad that we had the chance to participate in SkillsUSA for the second year in a row,” says Aninipot.  “It was nice to compete against the best programs in the state and to come out on top.” 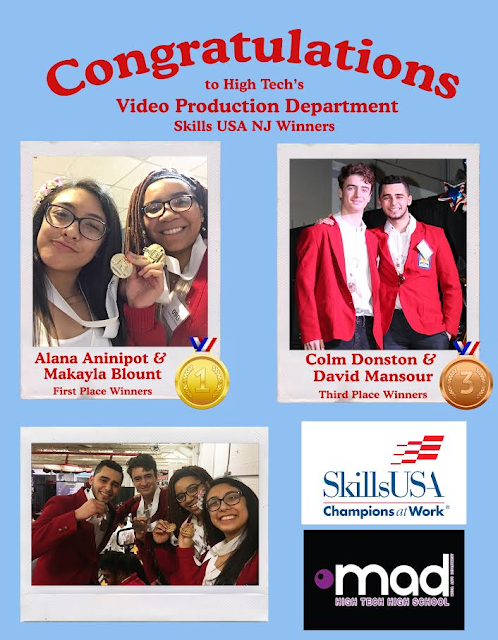