Dream On by David Mansour of Bayonne, Solitaire by Hoboken resident Colmcille Donston, Give Love by Carlos Hernandez of Jersey City and North Bergen resident Sophia Abraham, Black and White by Ivanna Guerrero of West New York and Jersey City resident Amirah Johnson, and First Day by Alana Aninipot, a Secaucus resident, with assistance from cinematographer Makayla Blount, a former Explore 2000 student, as well as Liba Khan and Jabari Iman, all residents of Jersey City.

“The amount of work that the students have put in is incredible,” says Gregg Ascolese, TV Production instructor for High Tech. “The students are definitely progressing with all of their individual sets of skills.”

Two films this year have been nominated for awards of Best Cinematography and Best Fiction Film. High Tech alone has secured five films in the festival out of a total of 20 selected by the festival committee.

“The jury was very impressed yet again with this year’s films,” says Neel Scott, the Associate Professor of Digital Film at Ramapo College. “We’re very excited to see the filmmakers and watch their films at the festival.”
Ramapo College Film Festival takes place on Saturday, December 2nd, at the School of Contemporary Arts on the college campus. The festival welcomes everyone from all walks of life to attend the screenings. 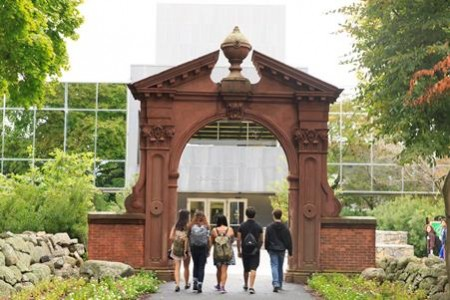