Skip to content
(North Bergen, NJ—October 27, 2014) The High Tech Sophomore French classes took the opportunity to express French design and culture in Café Chic, the classes’ end of the unit French project, announced Dr. Joseph Giammarella, Principal of High Tech.
During the first marking period, the sophomores became familiar with French design and cuisine, very prominent influences in French culture, and taught throughout the unit.
Encouraged to bring in French dishes and make outfits for a fashion show, the students in each sophomore French class constructed and managed their own cuisine booths.  This event, a mix of a French fashion show along with a French café, featured models, designers, and DJs, all of whom took part in creating the student-based French Fashion show.  These models brought in their own outfits and composed French biographies.
Students also expressed their different personalities by collaborating with French styles and ideas.  In the overall café project, students created and sold a variety of French-inspired cuisines, ranging from macaroons, crepes, croque-monsieur, chocolate fondue, and baguettes with cheese.  Not only did this cooking project teach them about French food and culture, but it also helped them appreciate money management and hone their organizational skills.
“It was a very fun project for everyone and a very good fundraiser as well,” says Dr. Laje Gashi, veteran French instructor at High Tech.  “As a whole, the sophomore French class was able to raise about $600 and they will take this money to go to an actual French café.” 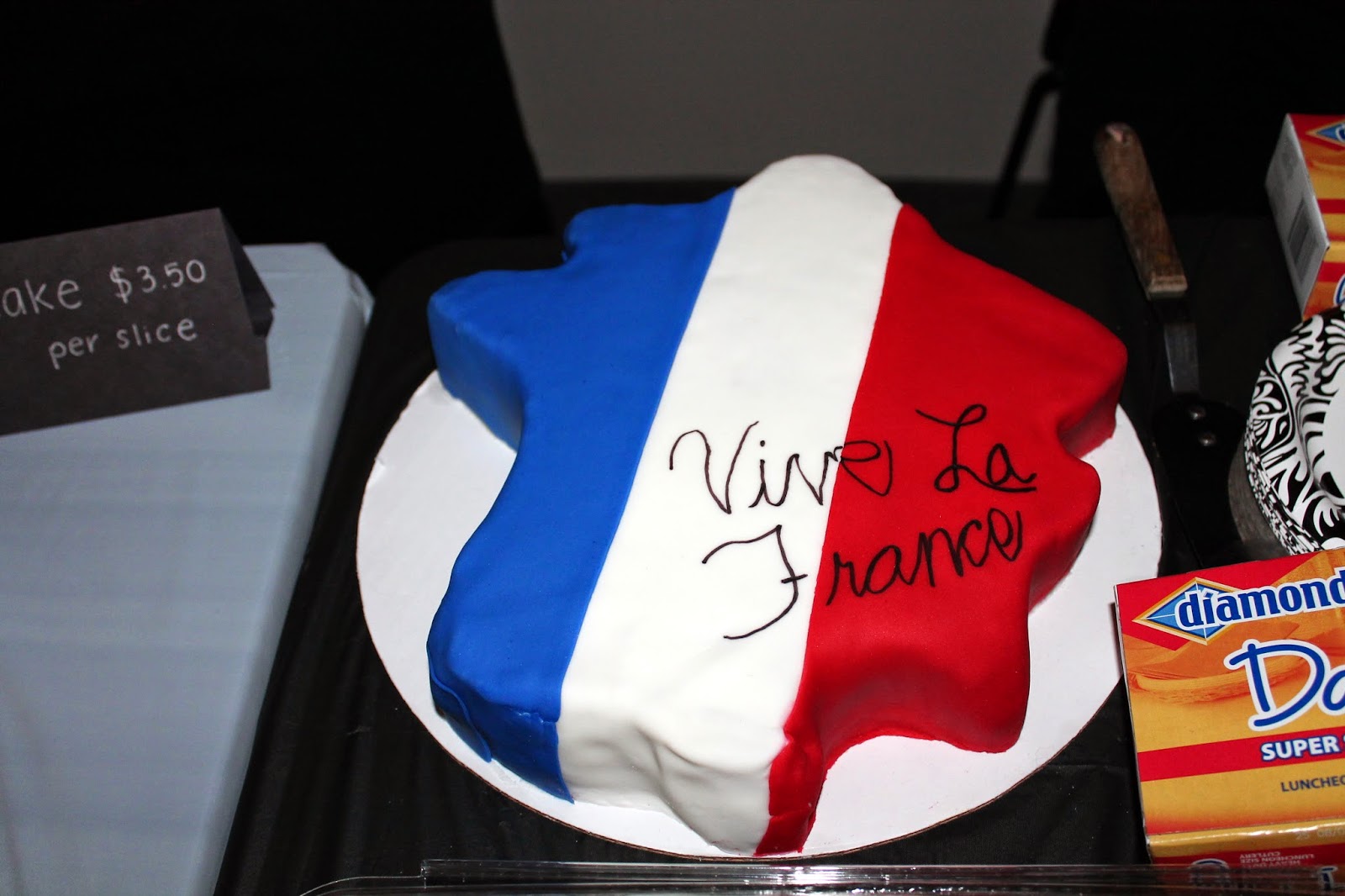 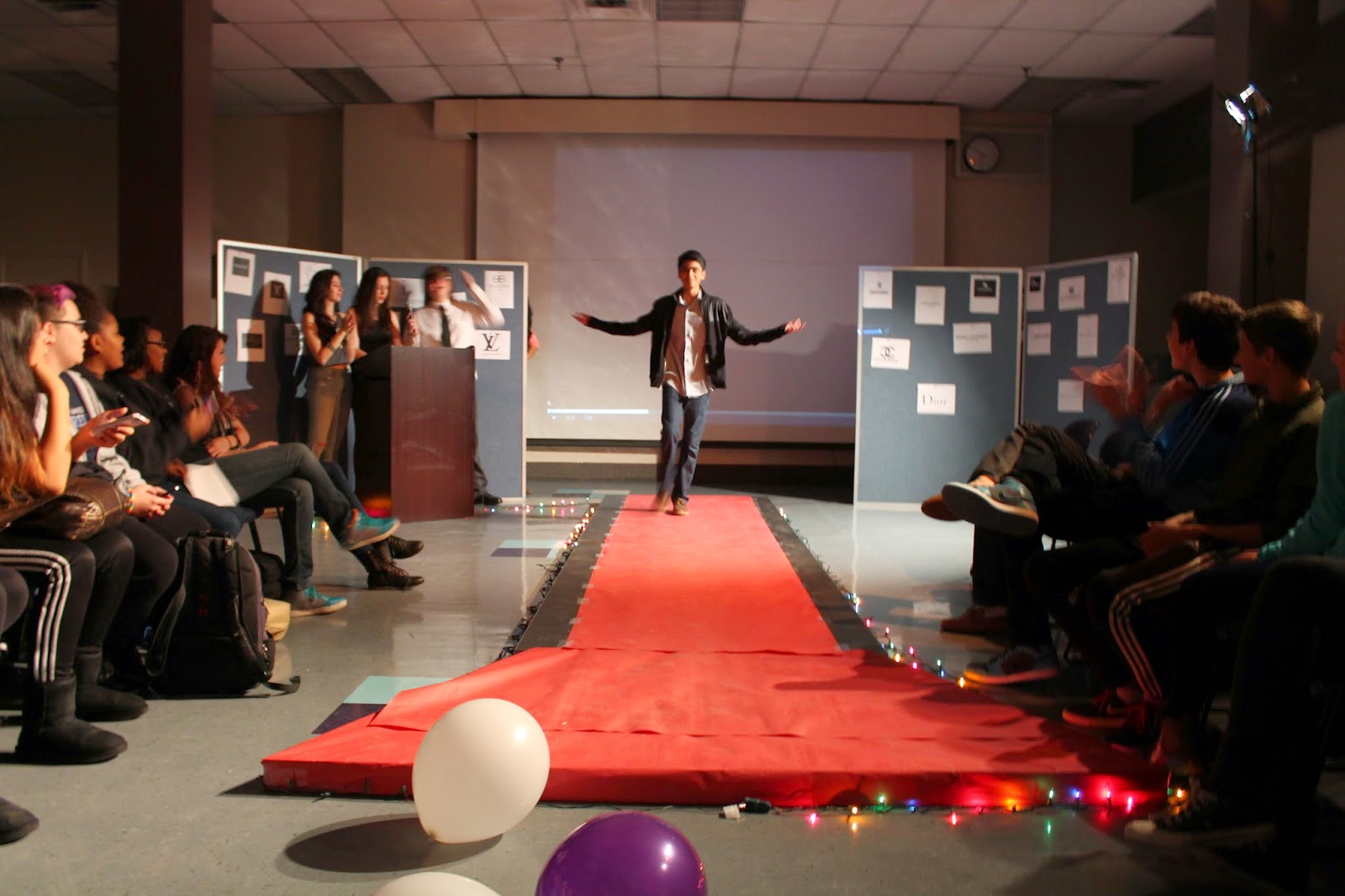 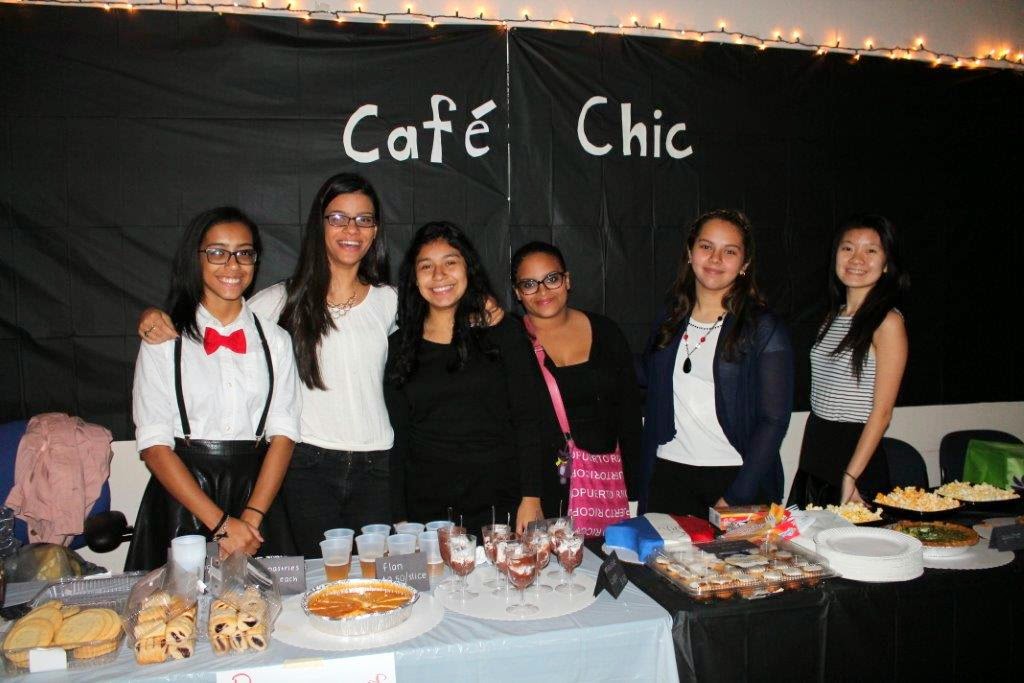