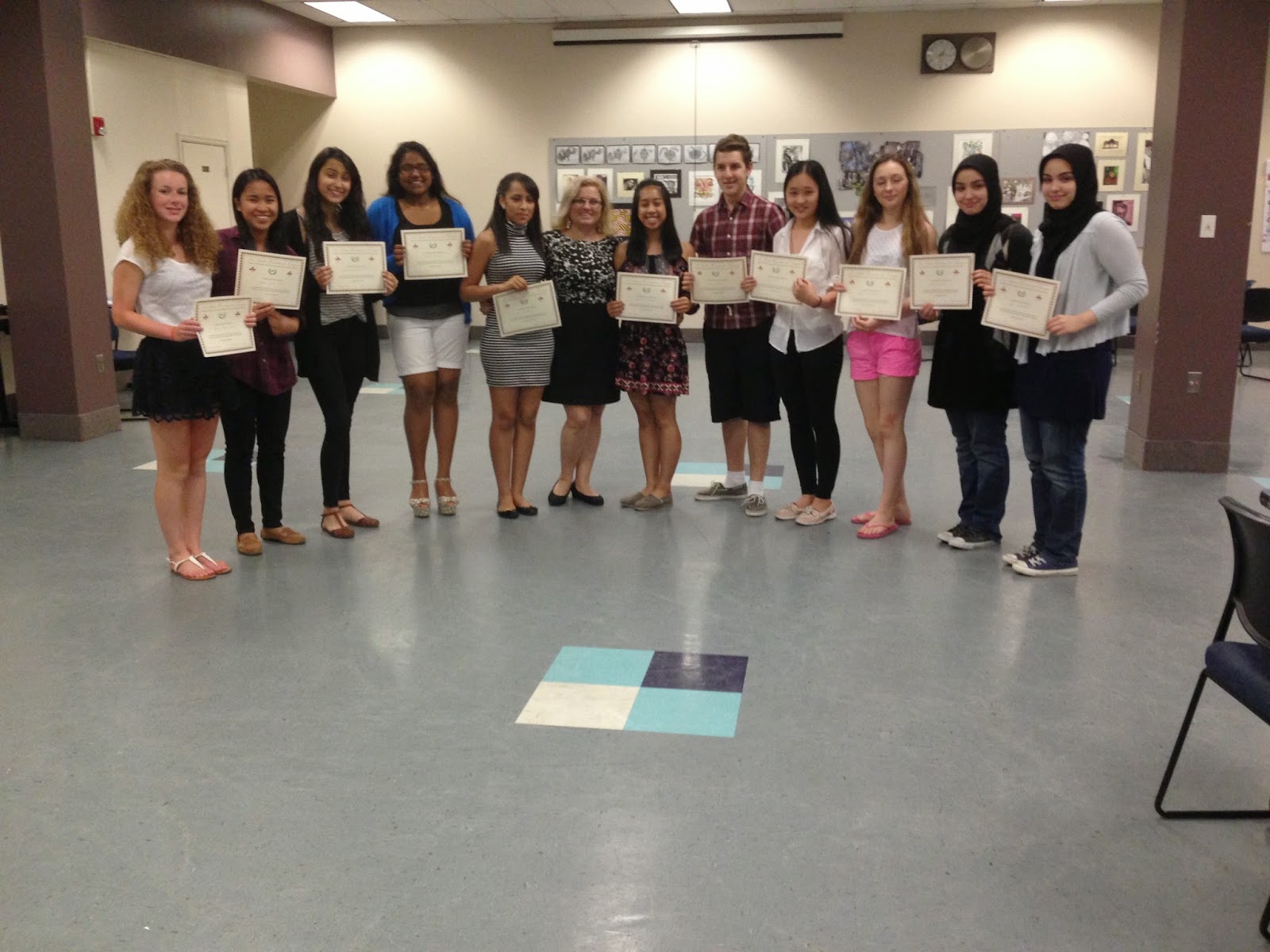 “[The induction] was a gathering of students who shared experiences and thoughts on the importance of knowing a foreign language,” says Dr. Laje Gashi, moderator of the French Honor Society.
Graduating seniors received cords and tassels. In addition, FHS held its elections for president and vice-president for the 2014-2015 school year. Kellen Dorio of Weehawken will become the new president and Union City resident Tania Houwayek will be the new vice-president. Also, Matthew Dynes of Bayonne shall become editor of the French newsletter Le Journal Français, with Kearny resident Melina Dallastella as co-editor.