Skip to content
(North Bergen, NJ—June 3, 2015) High Tech instructor Ronald Kliesh’s World History classes, assisted by Chef Peter Turro and the High Tech Kitchen, had a “taste” of the Industrial Revolution by making vanilla ice cream using an old hand crank churner, announced Dr. Joseph Giammarella, Principal of High Tech High School.
On Monday, June 1st, and Wednesday, June 3rd, Kliesh’s World History classes approached their lesson about the Industrial Revolution by combining ingredients like heavy cream, half-and-half cream, sugar, and vanilla extract, ingredients hard to come by during the industrial revolution, yet if one wanted this delicacy, one had to make it from scratch: cream from milking a cow and waiting for the curds to rise, buying sugar imported from the Caribbean, and waiting weeks for vanilla extract to arrive at the local grocer as well.
To make the ice cream, students mixed the aforementioned ingredients thoroughly, transferred the mixture to a tin canister, and placed it in a wood bucket surrounded by ice.  Then, students sealed the lid connected to a handle on the canister, and began cranking the ice.  These instructions for making ice cream make ice cream seem much easier than in truth.  During the Industrial Revolution, one could spend hours cranking the handle, but the students only cranked a couple minutes at a time.
Thanks to this ice cream from scratch lesson, students learned not to take things for granted, since, in modern times, they come so easily to people.  In short, the lessons of the Industrial Revolution, vis-à-vis through ice cream making, demonstrated the hardships that the people of the early Industrial era had to overcome, and not just in making ice cream. 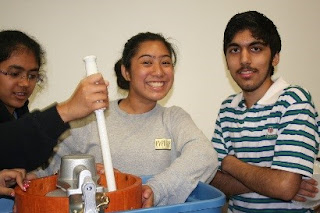 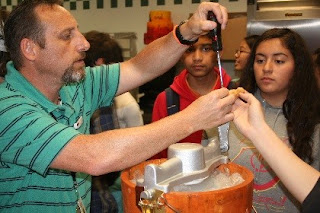 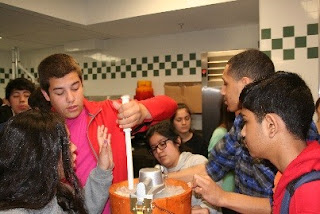 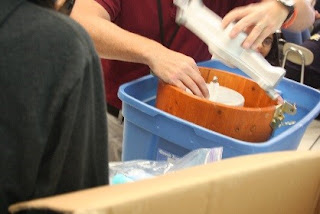 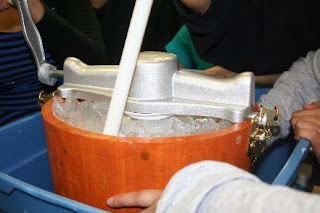 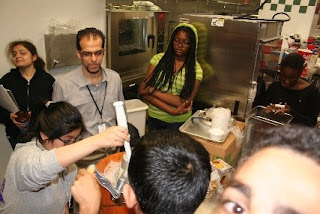