Skip to content
(North Bergen, NJ—November 13, 2017) High Tech Dance major Elyssa Cueto, a resident of North Bergen, has been featured in Jennifer Lopez’s music video, “Amor, Amor, Amor,” announced Dr. Joseph Giammarella, Principal of High Tech High School.
Cueto worked with choreographer Tricia Miranda in Los Angeles this past August.  Miranda selected Cueto as one of the dancers in Lopez’s music video, filmed on location in New York City.  Cueto has a featured part—she wears a green jacket in the music video—which can be viewed in its entirety at https://www.youtube.com/watch?v=9t9u_yPEidY
Cueto’s dancing has been featured in another video as well.  Also this past summer, she danced in Jason Deroulo’s music video, “If I’m Lucky,” filmed in Los Angeles.  That music video can be viewed in its entirety as well at https://www.youtube.com/watch?v=tksqqmQ5_XY

“Elyssa is an incredible dancer and a captivating performer,” says Trista DeFilippis, the Head of the High Tech Dance Department and the school’s Performing Arts Liaison.  “What I love about her is she is so completely humble, so it’s no surprise that people want to work with her.  She deserves all the praise that she’s receiving now, and we’re proud of her.” 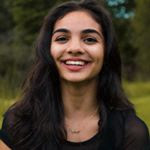