Skip to content
(New York, NY—February 27, 2017) Language Arts Instructor Robert Dillon’s Rock and Roll: Ethnomusicology class explored the interactive show Exhibitionism: the Rolling Stones, held at the West Village’s trendy events venue Industria, as a way to learn the impact of the British Music Invasion of the 1960s, announced Dr. Joseph Giammarella, Principal of High Tech.
“We had a chance to see model replicas of [the Rolling Stones’] stages,” says Daylen Ala, a student in Dillon’s class and a North Bergen resident.  “It was amazing how complicated the architectural designs were for the shows.”
Exhibitionism: the Rolling Stonesdisplayed spectacular, rare, and even exotic memorabilia that focused on the Greatest Rock & Roll Band’s music, of course, but also the Stones’ writing, design, fashion, and cultural influences that began in the early 1960s.
“The Rolling Stones have been around for about 50 years,” says Dillon, “and this exhibit offered an excellent collection that reflected the 60s.”
Dillon’s students viewed diaries, lyrics, musical instruments, and costumes, among other artifacts.
“I was most surprised to learn how much hard work and time these artists spent honing their craft,” adds Autumn Beam, a student in Dillon’s class and a resident of Jersey City.
Along with the musical items, stage designs ran from mock drawings to complete scale-down models. Pop artist Andy Warhol’s controversial album cover for the Stones’ 1971 Sticky Fingers drew curious eyes.   Even a recreated studio, complete with the Stones’ instruments and mixing board, figured prominently in Exhibitionism: the Rolling Stones.
“I really enjoyed the electronic mixing board,” says Nicholas Rosado, also a student and a resident of North Bergen.   “We were able to edit songs and hear how they would sound without a singer, guitar or bass.  Very cool.”

The Rock and Roll: Ethnomusicology course highlights the various themes that comprise the study of Rock and Roll’s history.  Students focus on the writing and literature that reflect the times in which rock and roll bands dominate the cultural scene. 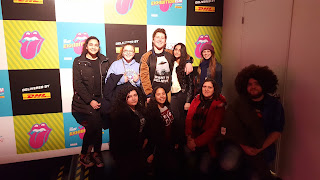 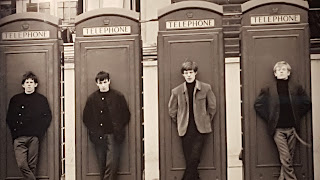 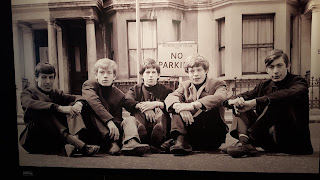 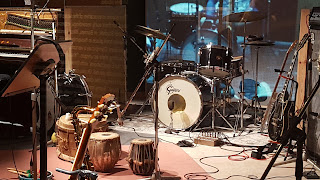 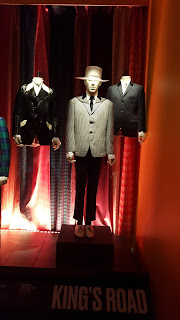 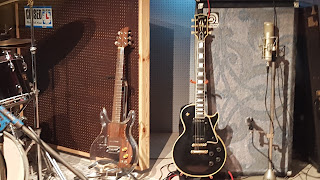