Skip to content
(North Bergen—June 19, 2015) Wendy Ide, a senior in the High Tech National Honor Society (NHS) and resident of West New York, under the guidance of veteran instructors David Polito and Joan Marie Bellotti, participated in the Veterans History Project, an enterprise sponsored by the American Folklife Center of the Library of Congress, announced Dr. Joseph Giammarella, Principal of High Tech High School.
The Veterans History Project collects, preserves, and makes accessible accounts of American war veterans so that future generations may better understand the realities of war.  Ide participated in this project by interviewing her grandfather, Ernest R. Vierk, a World War II veteran, at High Tech’s radio station.  Her interview, recorded over the phone with the assistance of Chris DePierro and Robert Meyer, members of High Tech’s Broadcasting and Video Production Departments, revealed how Vierk served in the 44th Infantry Divison and participated in a specialized Army German language training program.  One of his duties included interviewing prisoners of war.
The recorded log of the interview and personal World War II artifacts donated by Ide’s grandfather have been sent to the permanent collection of the Library of Congress.  The interview had proved a truly moving experience for Ide and her family.  Prior to the interview, Vierk had never shared his World War II experiences with his own family.  As a member of the Greatest Generation, Vierk leaves behind a new and permanent artifact of World War II history. 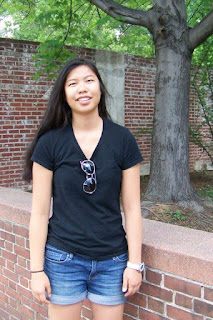