The world got a bit smaller and friendlier for students at the county’s public high school — High Tech High School — on Jan. 16, when they were visited by the USA and Thailand’s national badminton teams.Visitors included Andrew Smith of England, once ranked in the top 10 in the world in men’s singles and an Olympian at the 2008 Beijing Games. High Tech high is a public high school to which students from all towns in Hudson County can apply. The school has a Badminton Team who were at the Jan. 16 event.A sport that resembles tennis, badminton is different in that it is played indoors and uses a shuttlecock, a pointed projectile, feathered at one end that can reach a speed of 200 miles per hour, when hit by professionals.USA Badminton runs badminton in the United States and chooses a national Olympic team.The USA team members and associates spent the entire afternoon with the High Tech students, putting on an array of exhibitions. These included singles and doubles matches, serve instruction, and drills on strokes. The team even raffled off badminton and related sports equipment to the students.Smith, 30, who has played since he was 15 years old, said his visit was important to him as an ambassador of badminton.“It’s good seeing the kids, letting them play,” Smith said. “It’s good for the sport.”Teachers liked itDorothy Gilmartin, High Tech health and physical education teacher and Badminton Club coach, said the event presented the students with a new experience.“It shows the kids a life in the world beyond their parameters,” she said. “It shows there are places to go. They meet kids from different countries.”But Gilmartin stressed there are even more benefits for them.“They learn team play and they learn etiquette,” she said. “Badminton is a very polite sport. It’s like chess on the court. It’s an intelligent game.”Zelda Jones, Samantha Zegarra, Giana Marie Ponce, Lisa Marie Romero, Nicholas Casais, Indhu Kanakaraj, and graduate Garrett Chu were among the students participating in the afternoon of clinics and exhibitions. All were happy for the opportunity.

“I like it. You have to be coordinated,” said Kanakaraj, 15, of Bayonne. “You need to be agile too. You have to move around the court. And I like ‘smashing’ too. That’s one of my favorite moves.”“I think that it’s amazing. I never have seen a professional badminton team before,” said Jones, 15, of Union City. “I think it says a lot about how High Tech has good connections to the sport.”“I like the sport and wanted to know more about it,” said Zegarra, 18, of Jersey City, the school’s badminton intern. “I went after school and over the summer for the club team.”Chu, 18, of Hoboken, was back from Rutgers University to visit the program. He said that badminton had become a big part of his life since attending High Tech, and that it will likely help him make the Rutgers squad next year.High Tech, which doesn’t sponsor competitive scholastic sports teams, nonetheless has about 120 students involved with the three-year-old badminton program, either through the club or gym class, according to Gilmartin. Those students involved with the sport come from every town in the county. The school was visited by the British Badminton team in 2013.High Tech High, though based on Tonnelle Avenue in North Bergen, accepts students from all over Hudson County.Joseph Passantino may be reached at JoePass@hudsonreporter.com. 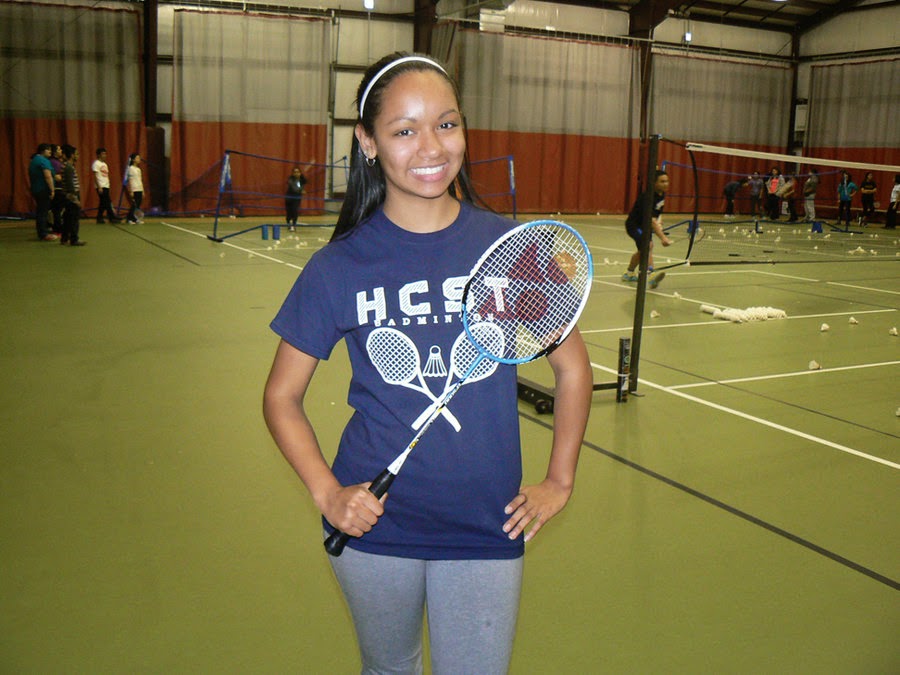